Why and How Asta’s Devil (Ribe) is the Strongest so far, this has been lingering in fan’s minds for quite a while. In this blog, we will discuss everything that has happened up and till now in the manga and explain the reasons behind Asta’s Devil (Ribe) being the strongest devil.

In chapter 268, we see the backstory of Ribe and how he was an outcast in the demon world. He was tortured and bullied by the upper-rank devils/demons. Ribe was born without magic and hence was always targeted by the powerful ones.

One day when toying with him they threw him at the barrier that connects the demon world with the human world. Ribe being a devil without magic, surprisingly passed through the barrier and entered the human world. He was treated with disgust everywhere he went and was completely hopeless. This is when he meets Lichita, a lady who absorbs mana from anyone around her.

Since Ribe does not have any magic, she cannot harm him. She aids and cares for him as her own child. She even calls him her own son showing the love she has for him. Byt one day Lucifer posses Ribe’s body and tries to control him. Lichita intervenes and begins to absorb all the mana from the darkness around Ribe as she hugs him. This angers lucifer forcing him to plunge into Lichita’s chest.

Asta’s mom had to put her child on the church because she absorb all the mana from him. That’s the reason Asta had no mana. #BlackClover268 pic.twitter.com/SNGe7vrg19

She immediately seals Ribe into her five clover grimoire so that someday he will emerge stronger with another owner. Ribe’s final ray of hope, his only happiness, and cause of living had now vanished before his eyes. After the Five clover grimoire went to Asta, he was able to relate to him as he was treated as a peasant and an outcast as well. This formed a special bond between the two which lead Ribe to help out Asta whenever he needs him.

How Asta’s Devil (Ribe) is the Strongest 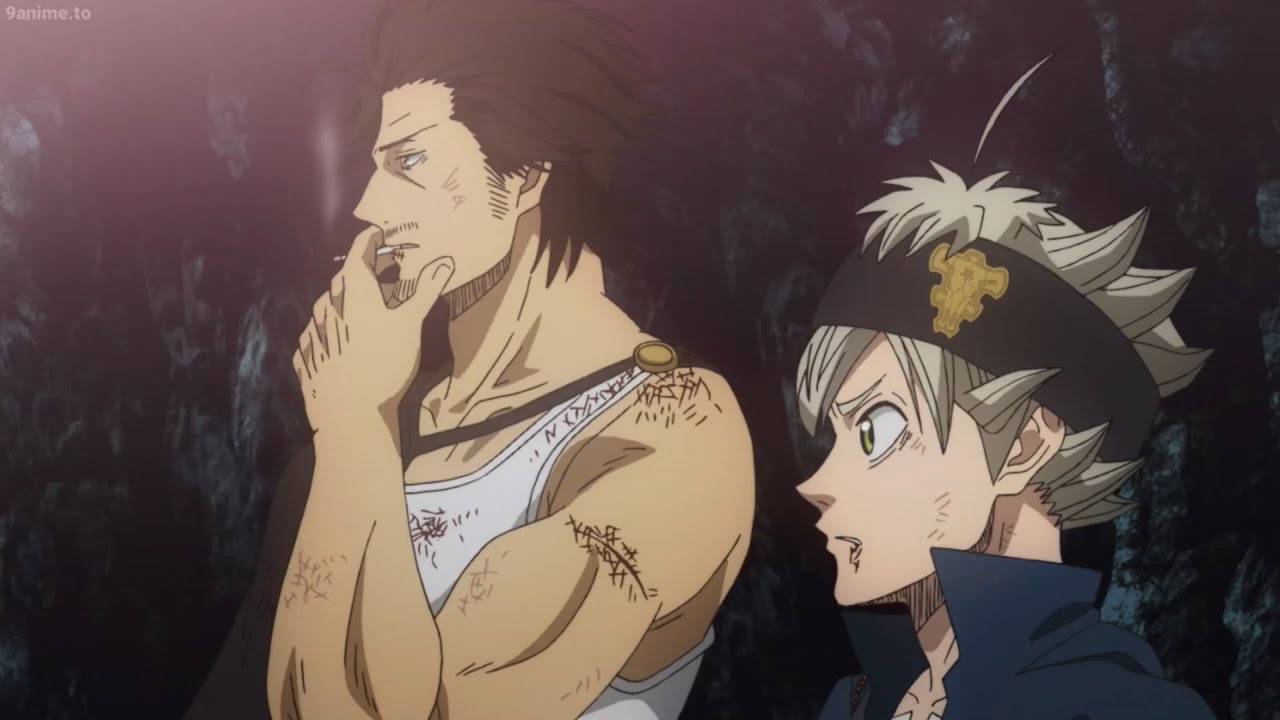 When Yami and Date were fighting with all their might, Dante was using 80 percent of Lucifer’s power. He was only able to successfully use that much because Lucifer wasn’t present in the human world. Although, he was still extremely powerful and was able to go on par with the god of destruction. Yami had to surpass his own limits to put heavy damage on Dante. But Dante was again able to regenerate himself.

This was when Yami calls out to Asta and tells him to team up with him. Yami himself knew that he couldn’t win alone, also this shows the relationship between Yanmi and Asta in a good light. They both join together to go against Dante, but Dante doesn’t show the slightest flinch.

Asta suddenly goes into a conscience where he meets his anti-magic devil. He asks Ribe for his power to defeat Dante. Surprisingly Ribe agrees but only under the condition that he sacrifices one part of his body in return. In the heat of the situation, Asta is left with no other choice but to heed to Rive’s demands.

The very next second a demonic gust of flames covers Asta’s body especially his arm. He gains a partial amount of Ribe’s power as he says this amount is sufficient enough. Using this power he can defend Dante’s attacks effortlessly giving Yami the job of attacking. But all efforts go to waste as Dante keeps healing himself.

As they keep fighting it is noticed that Dante tries to dodge every single one of Asta’s Anti-magic attacks. With eight seconds remaining of Asta’s power, they decide to end things with a final blow. After a small struggle, Asta tries to summon his demon dweller sword but is caught by Dante. This is when Yami throws his Katana over to Asta, he then uses anti-magic and performs a slash which finishes the job.

The reason as to How Asta’s Devil is so powerful comes down to the fact that he is very unique. The true identity of the devil is yet to be revealed, but we do know that he was a demon born without magic. But the question of How Asta’s Devil attained such power is still a mystery.

Must Read Asta vs Yuno, Who is Stronger? Which One Will Become Wizard King in Black Clover?

Why Asta’s Devil (Ribe) is the Strongest 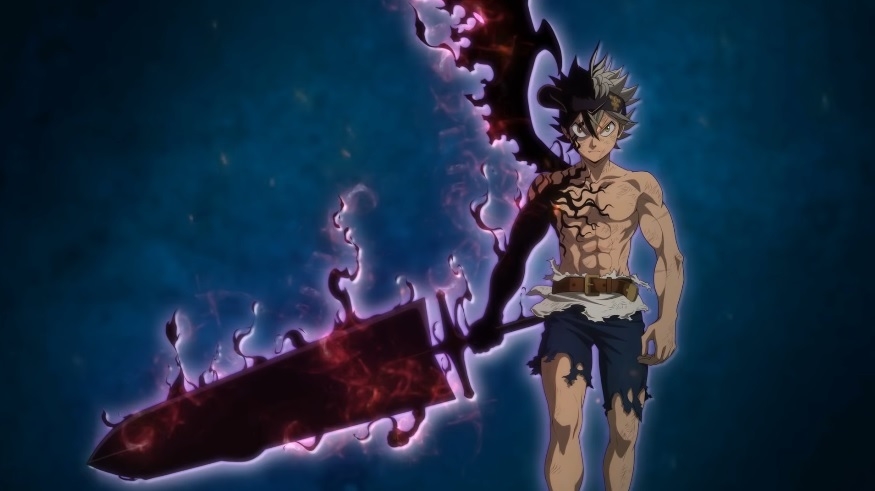 As explained in chapter 268, Ribe is shown to have gone through a very rough phase. This provokes him to classify all demons as evil. When Asta says that all devils may not necessarily be evil, Ribe bursts out in anger, filled with rage. He replies that he will kill every single devil even if he has to sacrifice Asta’s body. The rage that he shows was completely out of the misery that he witnessed before he was sealed in the five clover grimoire.

Even with only one warm wielding the power of an Anti-Magic Devil, he was able to take down Dante who was using 80 percent of Lucifer’s power. We must not forget that Lucifer is one of the most feared devils and a high upper-rank devil. If only a portion of Asta’s Devil (Ribe) was able to inflict such damage then think about its full potential.

Even when Asta asked for his power partially, Ribe was very much willing to do so. This is because he hated Lucifer for killing Asta’s mother and ruining his only source of happiness. He shared the same goal as Asta which made him want to share his power. Although Asta’s hasty decision of willing to sacrifice parts of the body for power might become a terrible mistake in the future. 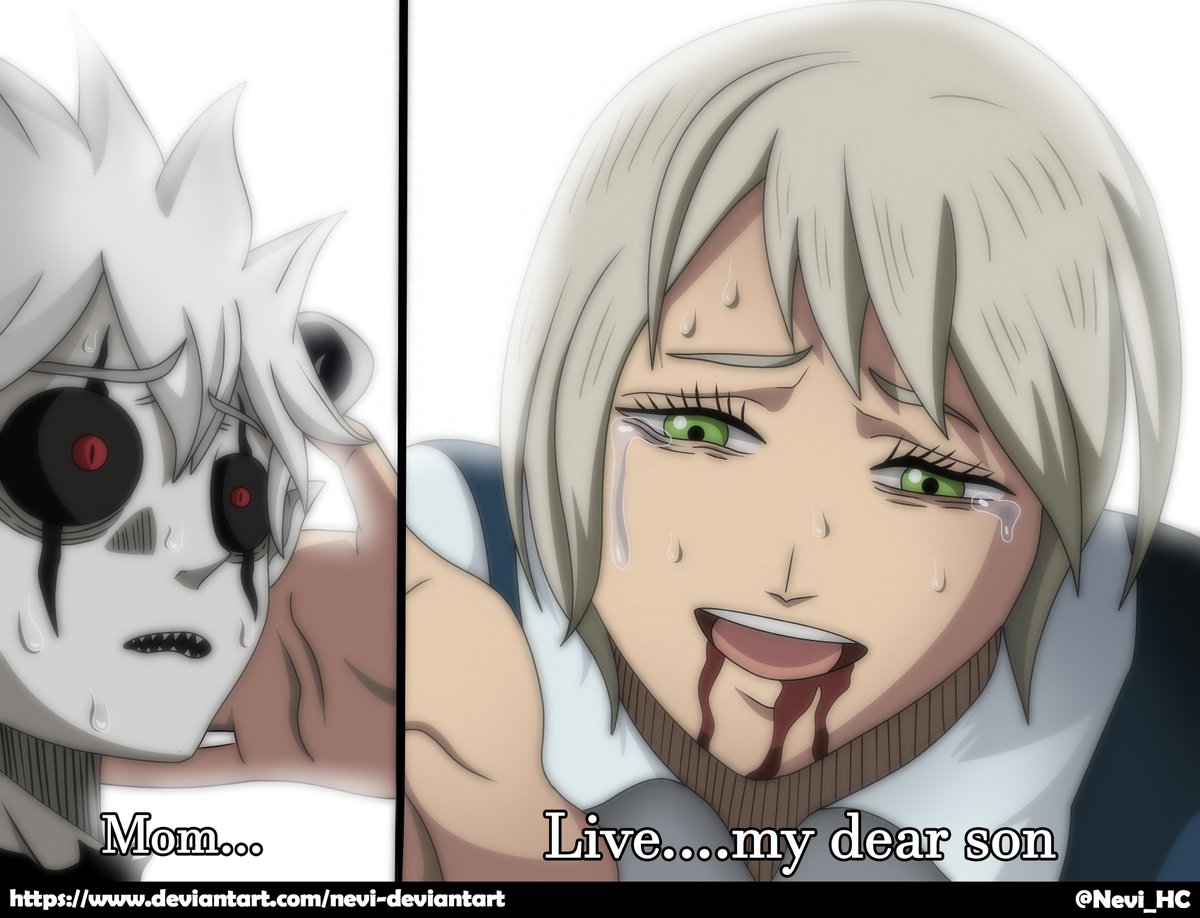 One reason why Asta’s Devil (Ribe) is the strongest so far is that he is fueled by rage and anger. Revenge is all that Ribe craves for, this might just cause more damage to Asta than it does to the other devils. The true reason behind the origin of Asta’s devil (Ribe) is still not known. Maybe the creator has a special arc set in place for the future to lure in the fans on the past and history of Asta’s devil.

In Conclusion, Asta’s devil (Ribe ) is completely special and has a very interesting backstory that hasn’t been revealed yet. We can only assume that this is for the best. But judging by the power outrage Asta has when Ribe provides only a portion of his power comes to show truly powerful Asta’s devil can be.

Check Out Why is Yami Known as The Destruction God In Black Clover?

Black Clover is a Japanese shounen manga series written by Yūki Tabata. The anime comes across as refreshing with a genre consisting of decent adventure, action, and comedy. The main protagonist has a tremendous character development which is something to look forward to. Black clover has only one remaining director resulting in low-level animation sequences. Overall Black Clover is criticized due to its high expectations, but when you really get into the anime you tend to realize its plot and potential. In my opinion, it’s worth watching.

At this point, Just like One Piece and Black Clover, My Hero Academia is one of...
Read more
latest manga

At this point, Just like One Piece and Black Clover, My Hero Academia is one of...
Read more

Here is another exciting news about the third release of the Baki Hanma another Netflix anime...
Read more
Load more

My Hero Academia 289 Spoilers, Where to Read Boku no Hero...